Raw cacao paste (also called Cacao Liquor) is made by crushing raw cacao beans into a liquid. This liquid quickly solidifies at room temperature and the result is cacao paste. … Cacao paste is naturally about 55% cacao butter and is an extremely smooth product great for use in any chocolate recipe.

Cacao Paste 100% Natural and Organic. The story of chocolate begins with a tree, a small tree of the tropical understory. In 1735 Linnaeus designated this tree Theobroma cacao, a scientific name that handily links two ancient cultures a world apart. 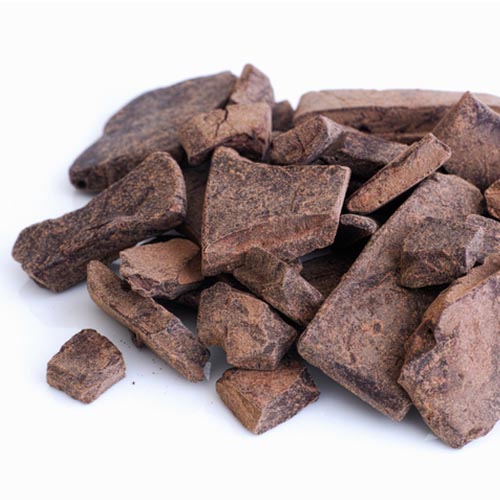 Theobroma, the genus name, is from the Greek and translates to “food of the gods,” a designation that chocolate-lovers would agree is befitting. Although Linnaeus was reputedly fond of chocolate, he would have been familiar with early Spanish writings describing the Mayan and Aztec beliefs that cacao was a gift from the gods. More Than a Drink

Although no one knows exactly when the first person experimented with turning the beans from a cacao pod into an invigorating drink, there is linguistic evidence that the ancient Olmecs of Mexico prepared the chocolate. By the 8th century AD, the Maya were carving images of a cacao god on ceremonial bowls. The Aztecs, later the dominant culture of Mexico, considered cacao a gift from the gods.

From archeological evidence, it is clear that the natives used cacao in a wide array of drinks, gruels, porridges, powders and probably solid substances. Ground cornmeal was often added. Flavorings such as vanilla, chili peppers, honey, annatto, and allspice were often added as well as the dried flowers of various Mesoamerican trees.

Several varieties of cacao are used in making chocolate. All are believed to have originated in the Amazon and upper Orinoco River basins.

Wealthy 16th and 17th century Europeans drank hot chocolate for reasons of health. When the Spanish introduced chocolate to Europe, the native Mesoamerican “food of the gods” became a drug, a treatment prescribed in the humoral medical system of the day.

In this facsimile from a 1640 English translation of an earlier work, a Spanish physician lists the many health-related effects of chocolate. Drink of the Elite

Just as chocolate was the drink of the copper-skinned, bejeweled and feather-clad Mesoamerican elite, so it was with the white-skinned, bewigged and overdressed ruling class of Europe. Chocolate entered Europe as an expensive drug in the medical system of the day. Its soothing nature and mild stimulatory kick soon turned it into what might be loosely termed a recreational drug.

And it was a drug taken in liquid form. Until the invention of a specialized hydraulic press in 1828 paved the way for the solid chocolate we know and love, chocolate was always a drink. It was commonly mixed with water or milk, with flavorings such as vanilla, cinnamon, ground cloves, allspice, and chilies.

Chocolate lovers feel passionate about chocolate, but does chocolate create passion? The question of whether it is an aphrodisiac is an old one, beginning with Spanish observations that Montezuma drank copious amounts of it before a visit to his harem. Casanova preferred chocolate to champagne.

Chocolate does contain small amounts of several psychoactive substances that act as stimulants and mood elevators. There is also the pleasurable sensation caused by the fact that this luscious substance melts at mouth temperature. And isn’t a heart-shaped box of chocolates the quintessentially romantic Valentine’s gift?

All that researchers can tell us is that although eating chocolate is undeniably gratifying, there is no scientific proof that it is either an aphrodisiac or addictive. And as for the recently touted health benefits of chocolate? There have been some intriguing discoveries regarding high blood pressure and chocolate’s antioxidant properties but no doctor or nutritionist is prescribing candy bars as health food.