Regional Mexican Cuisine In the Yucatán, an ancient land of dense jungles, the tropical climate puts food at constant risk of spoiling. In response, cooks concocted pibil, now the region’s most famous dish.

A combination of spice rub and pit smoke, pibil was historically a means of preserving wild game that might otherwise spoil on the journey home. Today it’s a connection to the region’s Mayan past.

The Yucatán, which sits at the end of Mexico’s curling peninsula, is often described as Mayan, and it was a vital cog in the old empire. The state is home to a proudly defiant people, who, despite the devastation of disease, resisted the Spanish long after other Mesoamerican cultures collapsed. Many people in the countryside continue to live off the land, cooking pibil in earthen pits.

This resilience, and the region’s remoteness, helped to preserve Yucatán culture, though the people have been flexible enough to absorb influences from the Caribbean, the Dutch, the Lebanese, and the Spanish. In the centuries since, Yucatán cooks have learned to stuff peppers with Dutch Edam cheese and have taken to serving Lebanese kibbeh with salsa. Today, Yucatecos eat plenty of turkey, cook with a variety of recados or spice mixes (more on these in a moment), and make tamales that Diana Kennedy says put the rest of Mexico’s to shame.

Achiote, citrus, habaneros, and smoke. These are four defining pillars of Mayan cooking. While habaneros are often trumpeted as the stars of Yucateno cooking, their blazing, fruity heat plays second fiddle to the puckering acidity of Seville oranges. The fruit is found in every nook and cranny of the cuisine, from tamales coladosto chile tamulado (a purée of raw habanero and sour orange juice) to pibil. It’s used, often, like vinegar, its acidity both to liven a dish up and for preservative qualities.

In the Yucatán, only the mild yet earthy, if slightly bitter, achiote matches sour orange’s ubiquity. When crushed up and mixed with liquid, the pod’s oily red seeds form the paste recado rojo, the most prominent of the Yucatan’s spice mixes, or recados. These seasoning bases are, Mexican food historian David Sterling says, the progenitors of mole, a history he says is imprinted in recado negro, a blend of spices and seriously charred chilies that recalls mole’s smoldering depth. Each recado is engineered for specific uses, like recado para bifstek or recado para escabeche. They can be used as rubs, thickeners, or flavor bases. In short: Yucateno flavor bombs.

The Mayan diet was once, like everywhere in pre-Columbian Mesoamerica, largely vegetarian, and there’s more to today’s Yucateno diet than pork. Fish and game served to supplement a diet heavily reliant on black and espelones beans, a multitude of squash ranging from chayote to zucchini, tomatoes, and aromatic greens like banana leaves. But the essential green of the Yucatan is earthy chaya, a Swiss chard-like green packed with iron and other nutrients vital when the diet was mostly meat free. Today, it is cooked with eggs, brewed as a tea, and incorporated into antojitos.

Fruits and vegetables aside, you can’t talk about Yucatán food without mentioning venado, a local species of deer that, for a society without any large domesticated livestock, was an invaluable source of protein in a region that lacked domesticated red meat. Because of overhunting, it’s now a protected species. Other proteins that fill out the cuisine: turkey and quail, both highly prized, and more exotic critters like armadillos.

Sikil p’ak is much tastier than its appearance suggests.

Today, pibil is most likely made with suckling pig (cochinita pibil) or, less often, chicken. The meat is rubbed in achiote paste, marinated overnight in sour orange juice, wrapped in aromatic banana leaves to build a head of steam, and cooked in an earthen pit known as the pib. The pib is sealed shut to form an airight oven, which both cooks the meat and suffuses it with smoke.

Pibil’s not the only preservation game in town. The ancient practice of salting meats is carried on today with poc’chuc, a preparation of brined pork cutlets cooked over a wood fire. But in this land, nearly all meat seems to get marinated, typically with achiote and sour orange, whether it’s chicken broiled over charcoal or grilled whole fish.

You can see the Yucatecan commitment to marinades in all manner of dishes: ceviche, pulpo en escabeche (octopus first cooked in olive oil, then marinated in acid overnight, and marinated beef that’s then grilled, chopped up, and fried. Acid has no limits here; the local love of citrus is so strong that it gave birth to sopa de lima, a chicken soup spiked heavily with fragrant local lime juice. 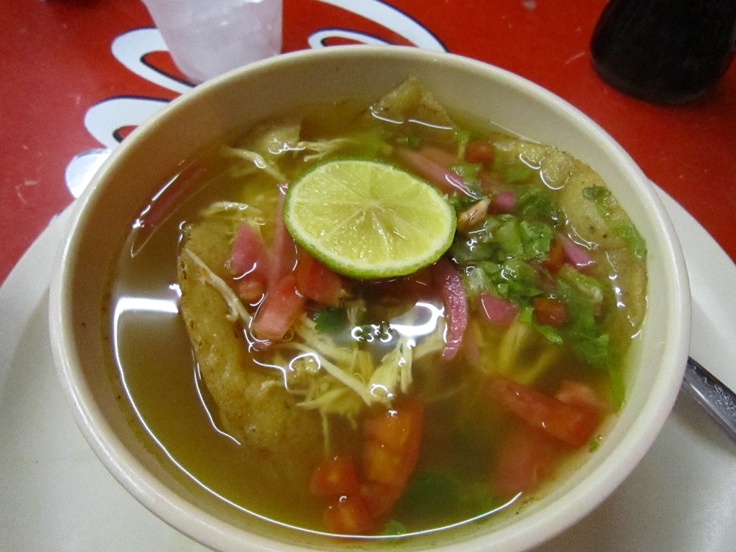 The same preservative need informs the state’s salsas, which rely heavily on the fearsome combination of habanero (an antibacterial capsicum) and sour orange, which fills the shoes vinegar takes elsewhere in the world. These ingredient help preserve otherwise perishable foods in condiment form, like tomatoes, as in chiltomate, or charred tomatoes and habanero, or red onions, which are charred and marinated for days in sour orange and spices.

Yucatenos have a thing for deep fried pig. In Oaxaca, they use asiento, the caramelized pork residue from making chicharrones, to make antojitos, while in the Yucatán, they deep-fry every last bit of the pig, from morcilla to cutlets. Chicharrones, or deep fried pork rind, are the base for one of the region’s meat salads, a uniquely Yucatecan tradition exemplified by tsi’ik, a chilled salad of shredded meat (any kind) with radishes and other vegetables in a sour orange dressing. Garnished with cilantro and chives, it’s a lot like the spicy meat salads of the Isan region of Thailand, though with a heavier balance of vegetables.

These meat salads were a creative way to stretch out leftovers from special meals like a whole roast pig. It’s a thriftiness ethos that extends to other corners of the cuisine, like queso relleno a dish developed by hungry servants as a way to make the most of their masters’ table scraps. The upper classes loved their imported Edam cheese from Holland, but didn’t care for the hard, flavorful rind. So their servants took those rinds and stuffed them with meat and vegetables for what today is a regional delicacy and a case study in the global influences on Yucatan cooking. 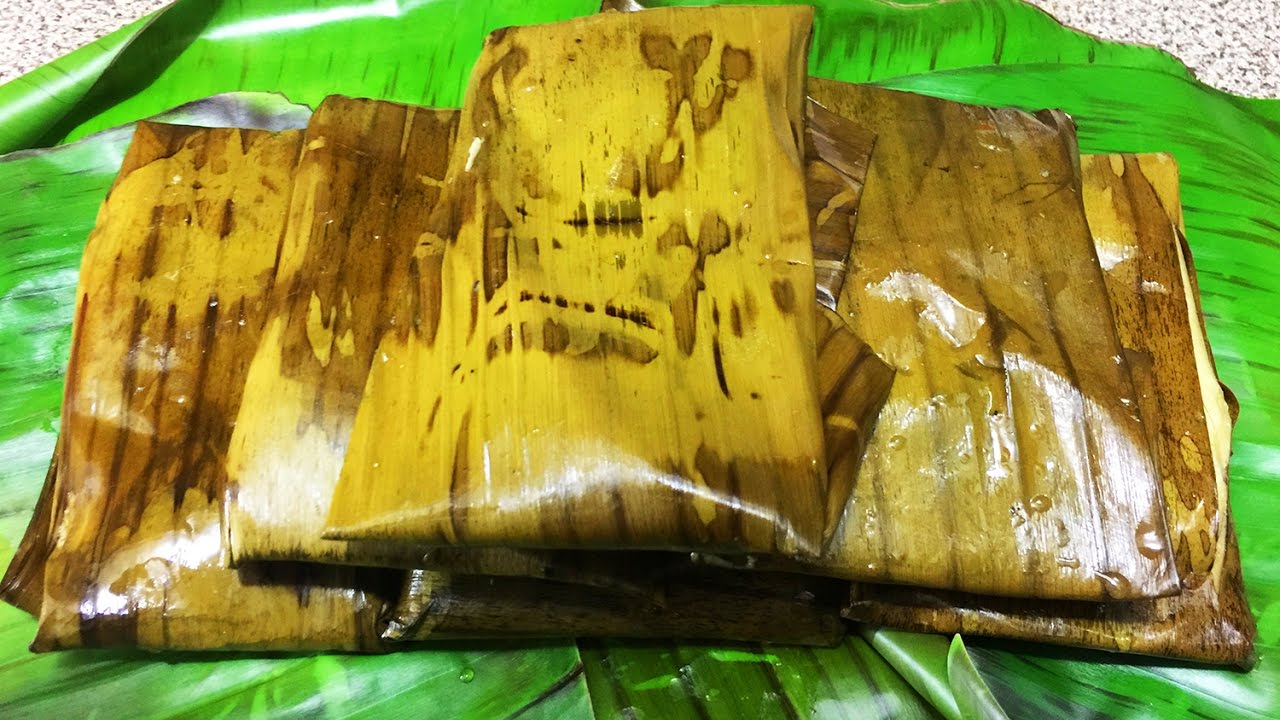 Tamales are one of Mexico’s most ancient (as in 8,000 BC) foodstuffs: a laborious but practical preparation of masa, typically but not always seasoned and/or stuffed. Hearty and durable, they were an essential food in the ancient Yucatán. While they are traditionally wrapped in dried corn husks and then steamed, cooks in the Yucatán and other southern states prefer aromatic fresh banana leaves.

Nowhere else in this vast country, perhaps save Michoacan, are the tamales so unique and prestigious as in the Yucatán. Two, styles in particular, stand out. The most famous are the elaborate tamales colados, called the highest form of tamale-making by Kennedy in The Art of Mexican Cooking. The dough is strained so it’s extra smooth and mixed with a gravy filling. This makes for a delicate, soft tamale unlike any other in Mexico, one that Kennedy deemed like British pudding.

The state’s other great tamale is dzotobichay, a small variety made of masa and lard seasoned with achiote and habanero, filled with pumpkin seeds and wrapped in chaya leaf, which diffuses some of its spinach like flavor. It’s typically served with a tomato and onion sauce.

The state has other achievements in the masa arts, like papadzules, a cousin to enchiladas. Folded tortillas are filled with hard boiled eggs, then bathed in a tomato sauce that’s “fried” in oil, epazote broth, and shimmering squash seed oil—a humble dish with layers of warm flavors. And there’s more: Mexican restaurants in the U.S. would do well to serve polkanes, hush puppy-like fritters of masa and pumpkin seeds.