Mexican cuisine is known for its varied flavors, colorful decoration, and variety of spices and ingredients.

The staples of Mexican cuisine are typically corn and beans. Corn, traditionally Mexico’s staple grain, is eaten fresh, on the cob, and as a component of a number of dishes. Most corn, however, is used to make “masa”, a dough for “tamales”, “tortillas”, “gorditas”, and many other corn-based foods. Squash and peppers also play important roles in Mexican cuisine.

Next to corn, rice is the most common grain in Mexican cuisine.

Mexican food varies by region, because of local climate and geography and ethnic differences among the indigenous inhabitants and because these different populations were influenced by the Spaniards in varying degrees. The north of Mexico is known for its beef, goat and ostrich production and meat dishes, in particular the well-known “arrachera” cut.

The six regions of Mexico differ greatly in their cuisines. In the Yucatan region, for instance, a unique, natural sweetness (instead of spiciness) exists in the widely used local produce along with an unusual love for “achiote” seasoning. In contrast, the Oaxacan region is known for its savory “tamales”, celebratory “moles”, and simple “tlayudas” while the mountainous regions of the West (Jalisco, etc.) are known for goat “birria” (goat in a spicy tomato-based sauce).

Central Mexico’s cuisine is largely influenced by the rest of the country, but has unique dishes such as “barbacoa”, “pozole”, “menudo” and “carnitas”.

Southeastern Mexico, on the other hand, is known for its spicy vegetable and chicken-based dishes. The cuisine of Southeastern Mexico has a considerable Caribbean influence due to its location. Seafood is commonly prepared in states that border the Pacific Ocean or the Gulf of Mexico, the latter having a famous reputation for its fish dishes.

In the Yucatan region, the Mayan people have practiced beekeeping for thousands of years. Honey is an important ingredient in many Mexican dishes, such as the “rosca de miel”, a bundt-like cake, and in beverages such as “balché” 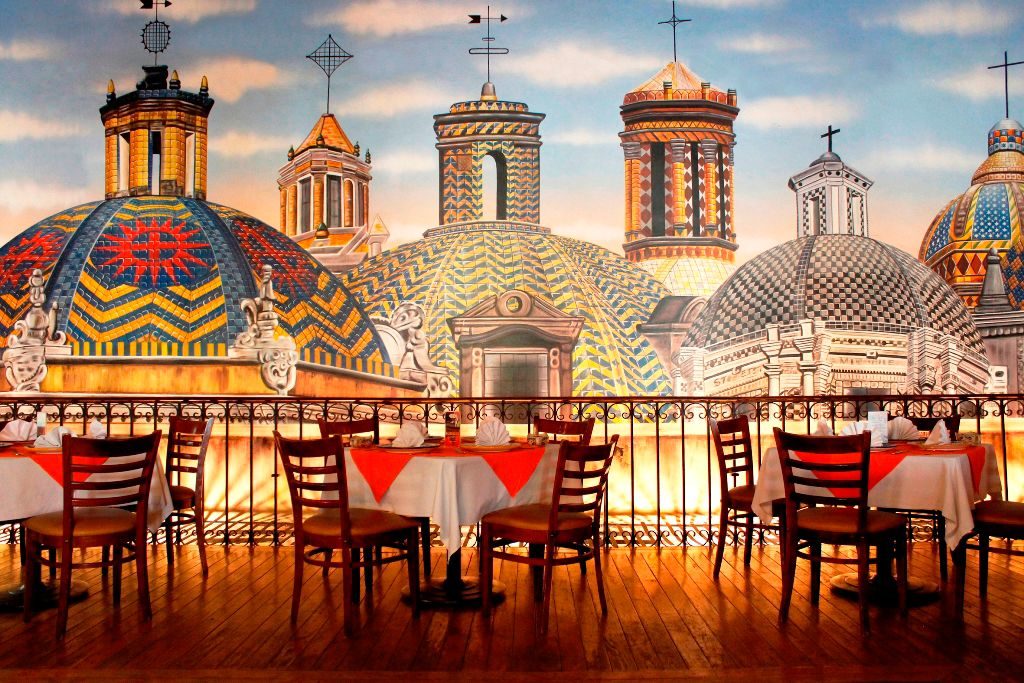 In some villages, there are also more exotic dishes, cooked in the Aztec or Mayan style, known as prehispanic food, with ingredients ranging from iguana to rattlesnake, deer, spider monkey, grasshoopers, ant eggs, and other kinds of insects.